In courthouses and law firms keeping track of records can be a hassle. Who checked them out? Did they sign them back in? The amount of time it can take to locate a missing record eats up valuable resources.

Courts and law firms around the country are looking to RFID to keep track of files. Some of the systems are more elaborate than others. Some deploy RFID systems that can track a file in transit, while others track who checked it out and when it occurred. Often handheld devices are used to track missing files.

Clerks at the St. Charles County Courts in Missouri were spending hours trying to track down files in the 13-courtroom, five-floor courthouse. “In the old days, finding files meant walking floor-to-floor and desk-to-desk, every day, sometimes several times in the same day,” says Stacy Phillips, criminal supervisor with the county. “We would routinely have ten clerks looking for a file for two hours or more. That was a big waste of money.”

One of the main requirements for St. Charles was no human intervention, says Roger Steele, network administrator at the courthouse. “We didn’t want a scanning task–not even stopping to use a scan-pad.

The solution tracks the location of every file without changing the tasks our staff must do each day.”

Each file is outfitted with an EPC Gen2 tag, which is entered into the system along with the name of the file. The tags can typically be read from six to eight feet but have been picked up from as far away as 12 feet.

This required deploying more than 100 RFID sensors throughout the courthouse. Every clerk’s desk, the courtrooms and judges’ chambers as well as exits and entries are equipped with sensors.

The biggest savings from the systems is in the time saved by personnel. Files are automatically tracked as they move to each new location. To find a missing case file the staff member logs in to a Web-based system and enters the search parameters. The system then tracks the file and displays its current location.

If the clerk is having trouble finding the file with the deployed sensors there is a handheld unit that can be used to track files. “From the beginning, the portable SmartMobile has had a huge impact,” says Cindy Syberg, chief deputy clerk for the courthouse. “We had one file that had been lost for six months–we found it within a matter of minutes with the handheld about four feet from where it should have been in our filing system.”

“In another case, we were looking for a file that was in a judge’s chambers but no one could find it,” says Syberg. “The SmartMobile found it for us in minutes. It was completely hidden under a stack of papers on the floor where no one would have ever seen it, nor looked for it.”

Some law firms are considering RFID as a replacement to bar codes in the legal field. In the past a lawyer or secretary would check out a file and the bar code would be scanned. With RFID the user doesn’t necessarily have to stop and do anything to take the file. 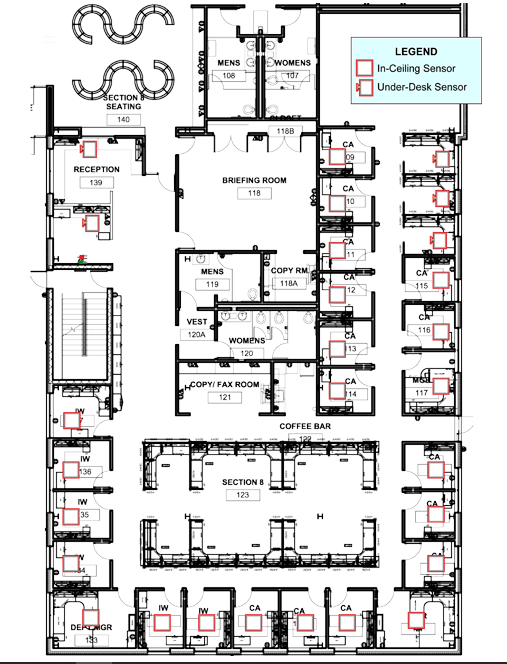